The truth is that for a lot of people, digital currencies are a mystery. They hold a lot of mystery, in part because they are still a relatively emerging concept. Cryptocurrency seems as though it is reserved for technology buffs. However, while they might seem inaccessible, they don’t have to be. In order to understand cryptocurrencies like bitcoin better, we have put together some FAQs, so keep reading for more information.

How Does it Work?

Bitcoin, as all cryptocurrencies are, is a form of digital money. It exists exclusively within the digital space; there isn’t a bank or a central location. Instead, it operates through a global network. There is a finite number. In order to find the bitcoins, they have to be mined from data blocks. In most other aspects, they behave as any fiat currency would. Users need to have a place to keep their bitcoins, and one of the most secure crypto wallets can be found on Paxful, as can a number of other resources.

When Was it Invented?

Bitcoin is one of the more established forms of cryptocurrency, with the concept first drawing attention back in 2008, although the first iteration of the program wasn’t released until 2009. Bitcoin was created by an unknown entity; the creator – or creators as the case may be – used a pseudonym, and to this day, their identity has remained anonymous.

What is the Difference Between Bitcoin and Fiat Currencies?

The main difference between the two is how they operate. Bitcoin obviously can only be used in the digital space, and very few businesses accept bitcoin as payment. Fiat currencies, on the other hand, obviously exist in the real world, and they are the most widely accepted form of payment.

Fiat currencies are controlled by a regulating body like the government or the banks, and each transaction needs to pass through a central location. In contrast, Bitcoin is decentralized, and no one controls it. Finally, there is a finite number of bitcoins. Therefore, the supply is monitored, which helps to protect their value.

How are Bitcoins Created?

As mentioned above, there is a finite number of bitcoins – there are only twenty-one million of them. Bitcoins cannot be created; they have to be mined. Miners can do this by using an algorithm provided by bitcoin and a specific set of programs or software to extract the bitcoins from blocks of data. After extracting each bitcoin, the miner is rewarded.

Are Bitcoins -and Cryptocurrencies in General – Trustworthy?

Bitcoin is one of the most widely used cryptocurrencies, and it is one of the most trustworthy options. However, when it comes to talking about cryptocurrencies in general, it is a hard question to answer. As with most programs in the digital space, there are both high- and low-quality options. There are a number of solid choices, and unfortunately, there are some scams too. Therefore, you should always do your research before using a site or investing in a cryptocurrency.

Bitcoin does hold a lot of potential, although there are only around two million of them left to mine. With the right investment strategies, bitcoin could change your life. Once you have improved your knowledge base, trading in bitcoin is pretty straightforward and simple. It can also be incredibly lucrative, with the worth skyrocketing to an all-time high of almost twenty thousand in 2017.

You might have heard the name “discover home loans”, but what are they exactly? First, ...
By George D.Harrison
21 hours ago 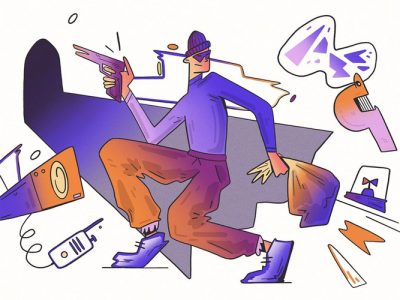 National Insurance Crime Bureau: What it is and how it works?

Have you ever heard the name of the national insurance crime bureau? This is a ...
By George D.Harrison
2 days ago 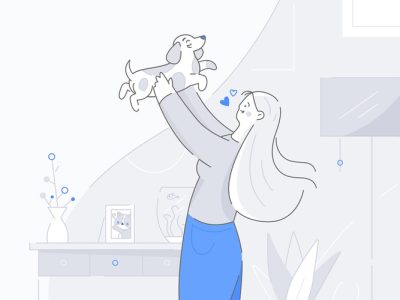 Do you have a pet? Are you thinking about keeping your favorite cat or dog? ...
By Asra Gonzales
5 days ago

How to find very cheap car insurance no deposit in 2022?

Today, all car drivers pay for their car insurance for accident times. There are different ...
By Asra Gonzales
7 days ago