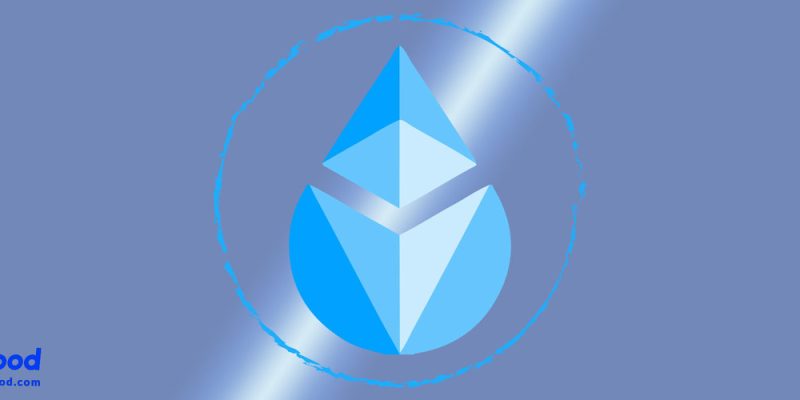 Many of Ethereum’s lingering problems have been resolved by the much-awaited upgrade to ETH 2.0. Ethereum 2.0, however, is still in its infancy and facing a number of problems. For instance, users must stake multiples of 32 ETH in order to become full validators. Additionally, any staked ETH is locked and cannot be used anywhere for the term of the stake. Lido DAO uses noncustodial staking to address issues with Ethereum 2.0.

You can also read: All you should know about WOOFi (WOO)

Since its December 2020 introduction, the liquid staking system has demonstrated significant promise. Lido DAO enables ETH locked in the initial phase to be staked into other protocols with the help of its derivative token, stETH.

A market share of more than 80% belongs to the Lido DAO network, and its native token, LDO, is performing well with consistent ups (green candlesticks) on its chart. LDO experienced a gain of more than 1,200% in just one year, rising from its original pricing of about $1.50 to its all-time high of $18.62.

How does Lido work?

Liquid staking platforms like Lido enable users to stake any quantity of PoS assets in exchange for block rewards in order to increase the number of users who take part in securing (PoS) networks. By preventing the user’s staked tokens from being locked up, liquid staking is a ground-breaking alternative to PoS staking that solves its illiquidity, complexity, and centralization. Additionally, it reduces the entrance hurdles for staking and the opportunity cost related to lock-up restrictions.

Users stake their tokens on the PoS blockchain when they deposit PoS assets to Lido via the Lido protocol. It is a staking pool smart contract that controls token minting and burning, funds delegation to node operators, and user deposits and withdrawals. It also sets the costs for staking rewards. A complete list of node operators, their validation keys, and records of reward distribution are also included in the smart contract.

Users will receive a tokenized copy of their deposited cash in the form of stAsset tokens, which may be utilized in yield farming and other decentralized apps (dApps) as well as the original protocol where the funds were put to earn rewards simultaneously.

Use ETH staking as an illustration. Users can each commit a minimum of 32 ETH to become a validator and get paid for validating transactions on the network when Ethereum transitions to PoS under the eagerly anticipated update known as The Merge (formerly known as ETH 2.0). The minimum staking requirement, however, is out of reach for most people.

Users of Lido can stake as little as a tiny portion of 1 ETH to receive block rewards. Users will receive stETH, an ERC-20 token that 1:1 equals their deposited ETH, after staking their ETH. When money is deposited into the Lido staking pool smart contract, the stETH tokens are created and are destroyed when users withdraw their ETH tokens.

Staked ETH from users will be given to Lido network node operators (validators) and placed into the Ethereum Beacon Chain for validation. Validators are unable to access the funds since they are secured in a smart contract. The chosen validators will then be provided a set of keys for validation when the Lido DAO has chosen, onboarded, supported, and added the validators’ addresses to the registry smart contract.

All active Lido node operators will divide the ETH users have deposited into sets of 32 ETH, and they will utilize a public validation key to validate transactions involving users’ staked assets. The single-point-of-failure issues associated with single-validator staking can be successfully eliminated by dividing users’ stakes over numerous validators. The node operators will also provide an address that will let users to withdraw their staked ETH after The Merge is over.

Owners of LDOs are able to vote on any matter that will determine the platform’s destiny. This promotes participation from all parties and upholds decentralization.

Beginning in December 2020, LDO tokens were totally locked for a full calendar year. They may be used for governance between December 2020 and December 2021, but they cannot be transferred. From December 2021 on, they were freed and made available for movement on a per-block basis.

These are the key features of Lido DAO:

Users can login with a crypto wallet and stake any amount of ETH on Lido’s staking platform. As previously stated, the rate of conversion between ETH and stETH is 1:1, with a transaction charge of $38.40 and a reward fee of 10% taken out of the total rewards.

Stablecoin trading on Ethereum is made possible through Curve, an exchange liquidity pool that makes it possible to purchase and spend stETH.

Users can utilize the MakerDAO platform to connect to a cryptocurrency wallet and use stETH tokens as security for loans.

Through this scheme, a referrer can receive LDO tokens in exchange for 1% of the total ETH staked through their link. Only partners who have been accepted by Lido DAO are eligible for prizes under the whitelist mode that has been implemented for referral programs.

How to buy LDO?

There are two steps involved in purchasing Lido DAO (LDO) with bank dollars. You’ll transfer your newly acquired cryptocurrency to a market that offers LDO for sale in return for bitcoin or ether after purchasing some BTC or ETH from an exchange that allows deposits made with a debit card or bank account.

Users can enjoy all the advantages of staking with Lido’s liquid staking service without sacrificing the liquidity of their tokens. It offers freedom to stake and unstake at any time for both small and large PoS token holders. Furthermore, liquid staking on protocols like Lido could accelerate the development of DeFi in the future by removing complicated staking setups and providing reduced barriers to entry for PoS staking.