Most of us skip reading the list of “terms and conditions” before creating our Instagram account, but when we refuse to learn about the rules, we are liable to get punished for breaking them.

Scout Willis, the daughter of Demi Moore and Bruce Willis, was removed from Instagram for posting a photo of a sweatshirt she designed with a picture of two topless women. After getting banned on Instagram, she took a stand against Instagram’s anti-nudie rules by staging in all-out nipple protest! She walked around New York city topless and twitted the pics with the caption “legal in NYC but not on Instagram.”

Kevin Systrom, the CEO of Instagram told BBC news beat the rules are the same for both celebrities and users to make sure the site is appropriate for both teens and adults:

“Our goal is really to make sure that Instagram, whether you’re a celebrity or not, is a safe place and that the content that gets posted is something that’s appropriate for teens and also for adults,” he explained.

“We need to make certain rules to make sure that everyone can use it.“

Grace Coddington the fashion icon was removed from Instagram for posting a little drawing of her self without clothes. Instagram then apologized and said that may have been a little bit hasty. She responded with a more tame photo of some kittens with the caption:

“good grief pumpkin, mother drew a nude selfie for her very first Instagram, no wonder why they shut her down…. She is fater than that!”

Rihanna was put on a 6-month ban from Instagram for posting her nude cover shot (Lui magazine) on her Instagram profile. Her response to this was hilarious: Chelsea Handler posted naked shots of herself riding a horse on Instagram, and she got banned. She wanted to have fun on her Instagram feed and pay homage to the famous shot of Vladimir Putin riding topless on a horse. She captioned the picture:After getting banned from Instagram, she posted the picture on Twitter and wrote:

“anything a man can do, a woman has the right to do better #kremlin.

“You can now find my dogs and my breasts on Twitter only where my followers have the right to choose what they say. Bye, bye instablock.”

Madonna posted a message from Instagram asking her to review its community guidelines, but it didn’t specify which guideline she broke, though she posted a photo of her cleavage as well as two photoshoots of Mexican artist Frida Kahlo. Both could be a violation of the guidelines in Instagram’s view. A portable desk is a table that is not fixed or not in a fixed ...
By George D.Harrison
2 days ago 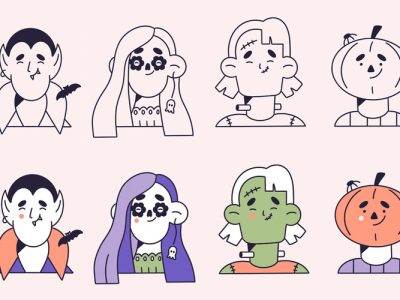 Do you have a love feeling for cute drawings, like a lovable girl or a ...
By George D.Harrison
August 1, 2022

The Best Way to Plan Keyword Research for Your Website

How to Track a Parcel without a Tracking Number?

You do not need to visit stores physically before you will be able to purchase ...
By Asra Gonzales
July 31, 2022