Instagram, as one of the top social media of recent decades, is getting more and more popular, especially among the generation Z. It was last year that Instagram reached its milestone of one billion downloads on the Play Store.

Now, it is getting close to almost two billion downloads on the Google Play Store, which is a place to download the app for android users, and Instagram is becoming the second most downloaded social app on android devices.

Instagram is close to hit 2 billion downloads on Play Store

In this article, we have reviewed the most popular app downloads by Android users. It seems that social media are popular trends for the coming decades, in comparison to other categories of Apps, such as productivity or games. Though, in the top list, there are different types of Apps except for social connection apps. The tendency to download photos and video related App increasing, especially among the young generation. These trends show that spending on Instagram marketing will be worth it, especially for small and medium-sized businesses.

If we don’t consider Google’s apps, such as Gmail with 3.945 billion downloads, Google Maps with 2.4 billion, and Google News with 2.3 downloads, social media and instant messaging apps of Facebook (4.1 billion) and messenger (3.4 billion) stay at the second and third places.

Whatsapp, which is also a Facebook-owned app, is the second-largest instant messaging app with almost 3 billion downloads on Play Store.

After all these, Instagram with 1.8 billion is the second-largest social media on Play Store and a choice for android lovers. Compared to Facebook, Instagram has fewer scandals issue and less number of one start-rate on Play Store. Although Facebook was downloaded more than Instagram, scandalous never end up. The number of its one start-rate on Google Play is more than 10 million, and these are mostly about the users’ privacy concern.

It was last year that Instagram hit 1 billion downloads on the Google Play store, and within a year, it grew almost 200%, which is impressive for a social media app.

A lot is happening on Instagram, such as new changes to their policies, and also some new features to protect the community from negative words. Instagram recently announced that they are launching a new feature to provide anti-bullying in comments, and with all these changes we need to see if android lovers still prefer this App, or any other is going to win the trend.

Today, billions of users use Instagram as one of the most popular social media platforms ...
By Tinaya Bachman
June 5, 2022 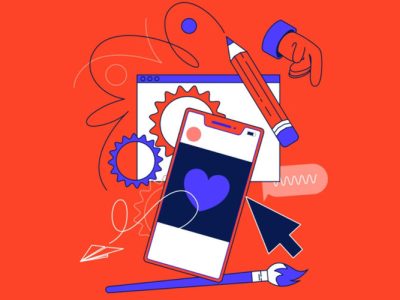 How to fix Instagram reels not working? (Android and iOS)

As a tight competition between the social media platform, Instagram’s Reels is the answer of ...
By Tinaya Bachman
May 4, 2022

When it comes to getting your posts noticed by your subscribers, there are many factors ...
By Tinaya Bachman
April 12, 2022

If you are reading this article, then you are looking for a way to add ...
By Tinaya Bachman
March 25, 2022