You’ve probably heard the word Facebook jail before, or you heard my comment was Facebook jailed. In this article, we will answer the question of what is Facebook jail and what are the ways to get out of this situation.

Facebook Jail is a term used by users for the time when someone is banned or blocked from activities, accessing their account or even sharing posts on Facebook for various reasons such as misusing FB, spamming, or violating any of Facebook’s terms.

The Facebook Jail can either be a temporary or a permanent ban which is somehow punishment from Facebook for musing the platform. Anyways, you need to learn how to get out of Facebook Jail and thing o do to avoid this issue.

Since becoming Facebook Jailed is a common thing, there are some Facebook Jail memes made by memers which are very popular. In “What is Facebook jail meme”  you can see them all. 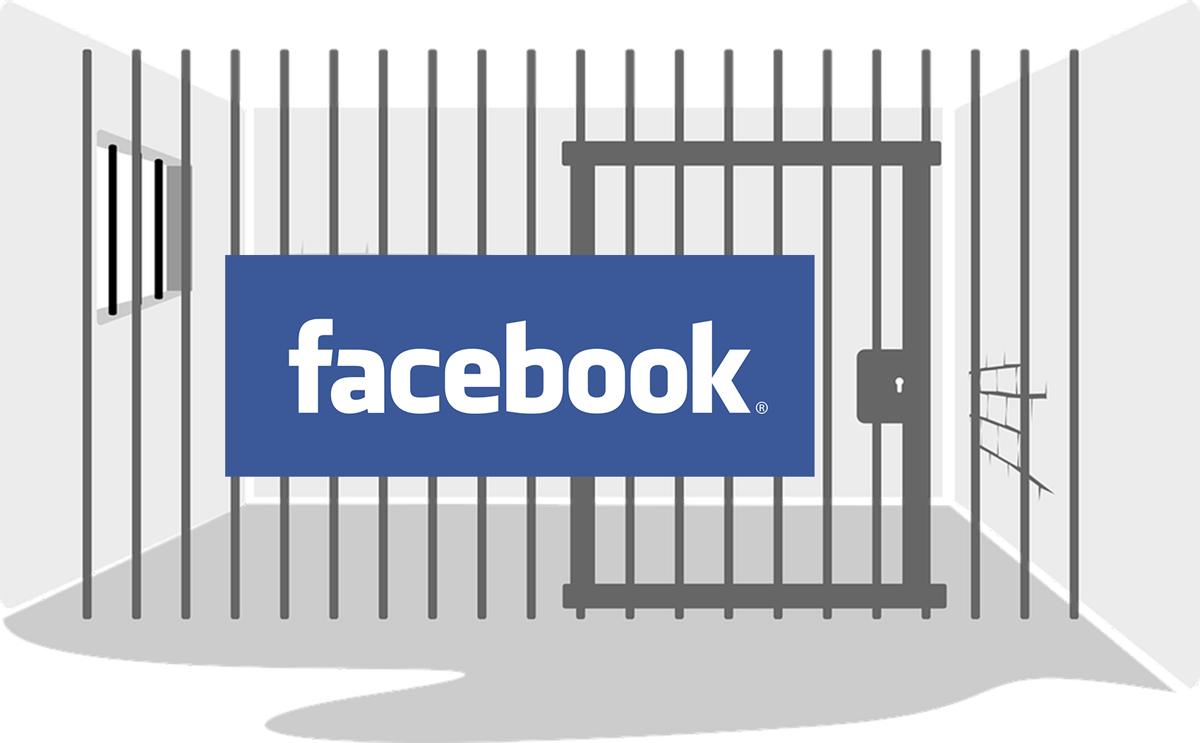 As mentioned earlier, there are two types of Facebook Jail blocks, which are temporary or permanent. Based on the number of violations and spam you submit, Facebook will consider a type of blocking to be in block mode, which will be in the following three ways:

Intermediate level: In this case, a series of activities are suspended for a limited time. For example, you can post on Facebook, but you can not like or comment. Depending on the level of placement in the Facebook block, even you will not be able to enter Facebook groups and even see ads.

Low level: If you are lucky, you’ll get a temporary Facebook jail which lasts from 24 hours to 30 days, and as a result, you’ll lose the commenting and posting abilities. In this case, by sending an appeal to Facebook, your account will be opened in less than 24 hours. If you are logging in to Facebook jail for the first time, you will experience this level of blocking

There are many ways to easily work on Facebook and not fall into the trap of Facebook Jail. In general, behaviors that make you look like a robot will cause you to encounter a Facebook Jail. For example, many comments, sending individual messages alternately, following and sending countless friend requests. The following methods can help you not to Jail Facebook

In general, sending intermittent messages on Facebook to people you are not friends with, and Facebook detects that they are anonymous to you, will cause Facebook jails. So try to send fewer messages to people you do not know

That means don’t make too many duplicate comments, don’t follow strangers too often, don’t send spam or duplicate posts during the day, and in short, don’t do anything that might show you as a robot on Facebook. By preventing this, you can avoid robot-like behaviors and not fall into the trap of Facebook jail.

To do this, Facebook has launched the ability to manage business pages since 2013, and through it, you can introduce your products or attract more customers. So you do not need to start advertising from your page, you just need to start your business from a business page on Facebook and manage it.

How to tell if someone is in Facebook jail?

In most cases, the user will see an error message telling them that their account or activities is blocked. Note that Facebook may take longer to respond to your request, so do not try to send too many requests, one request is enough.

Facebook and other social networks follow laws and policies that protect the security and privacy of others. If someone wants to harass others on social media, they will face tough rules, and that person’s account may be permanently and permanently closed, so try to avoid spammy, annoying, repetitive, and spammy behavior. Avoid breaking Facebook rules on this social network so that you do not fall into the trap of Facebook jail and its aftermath. If you have ever encountered Facebook jail, send your comments in the comments section, you can also read other content from the blog section of our website.

Gmail is one of the most popular email platforms with over 1.5 billion users worldwide. ...
By Asra Gonzales
November 30, 2022

Something is wrong with your iPhone touch screen and you need to know what it ...
By Tinaya Bachman
November 30, 2022